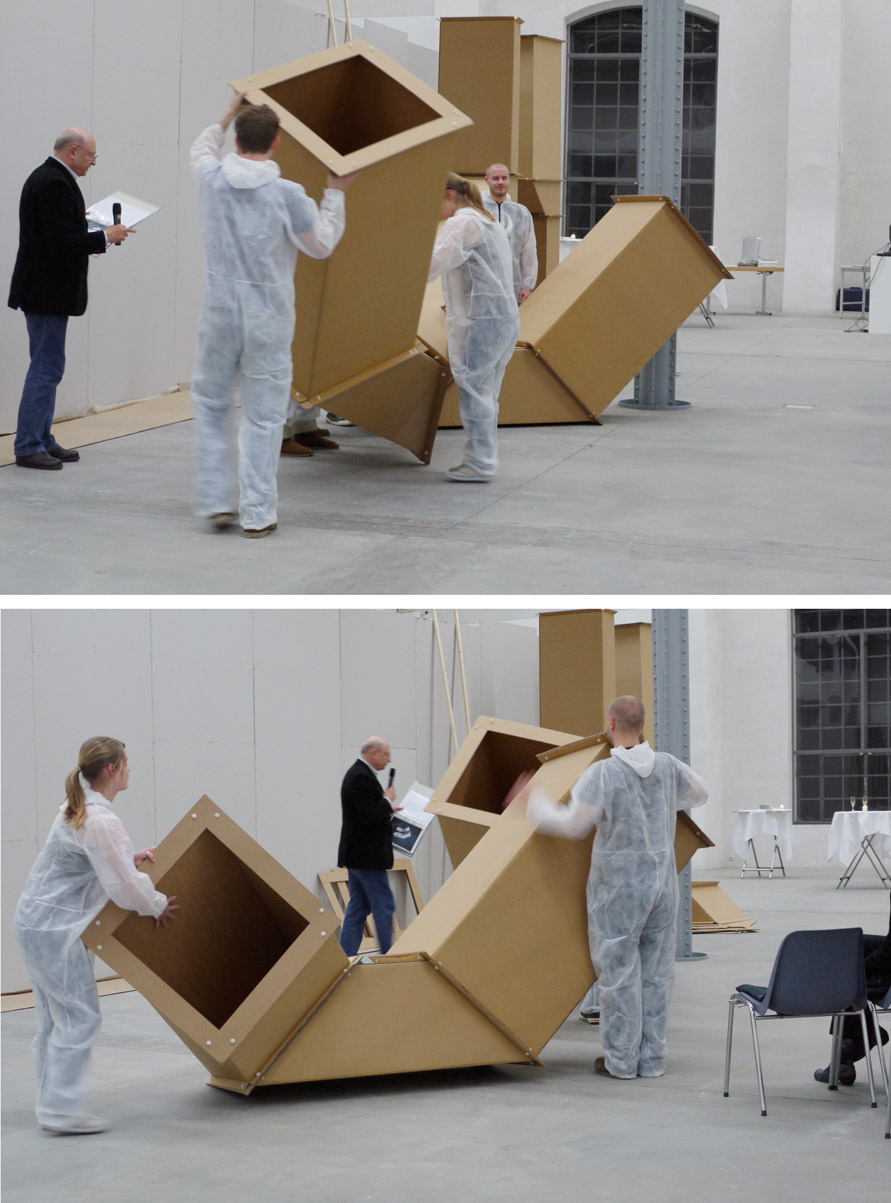 Dr Burkhard Brunn (1936-2021, Frankfurt/M) was the owner of the estate of the German conceptual artist Charlotte Posenenske (1930-1985), with whom he lived for 17 years. The estate will be looked after - after his death in April 2021 - by the Berlin gallery Mehdi Chouakri.
Burkhard Brunn worked closely with Galerie Mehdi Chouakri. In the agreed division of labour, the gallery ran the operative business, i.e. storage, administration, transport, fairs and sales. Burkhard Brunn supervised the reproduction of the bequeathed objects (which, according to the artist's concept, could be reproduced even after her death), wrote about the artist's works and usually, but not always, arranged the staging of the works in galleries and museums - in particular the design of the installations. When he was not curating on site, he sent models of the installations as a suggestion. However, following the artist's concept formulated in a so-called manifesto, which explicitly provides for the participation of curators, collectors and even the public, Brunn also left the design of the installations to the curators of the exhibiting institutions, whom he then merely advised.

Burkhard Brunn was also active as a publicist from time to time. Small essays had appeared mainly in the taz and the Frankfurter Rundschau. For the Frankfurt scene magazine "Rogue" and the Frankfurt homeless newspaper "Lobby" he had written a series of funny stories whose main character is the famous comic figure Scrooge McDuck, the richest duck in the world. On the occasion of the revival of Germany's main railway stations, he wrote a book together with the urban planner Diedrich Praeckel from the Albert Speer office entitled "Der Hauptbahnhof wird Stadttor" (The main railway station becomes a city gate) (1992, Verlag anabas). Burkhard Brunn published a paperback book with an epilogue entitled "Giacomo Casanova, mein Leben" (Giacomo Casanova, my life) with the Ullstein publishing house (1997).