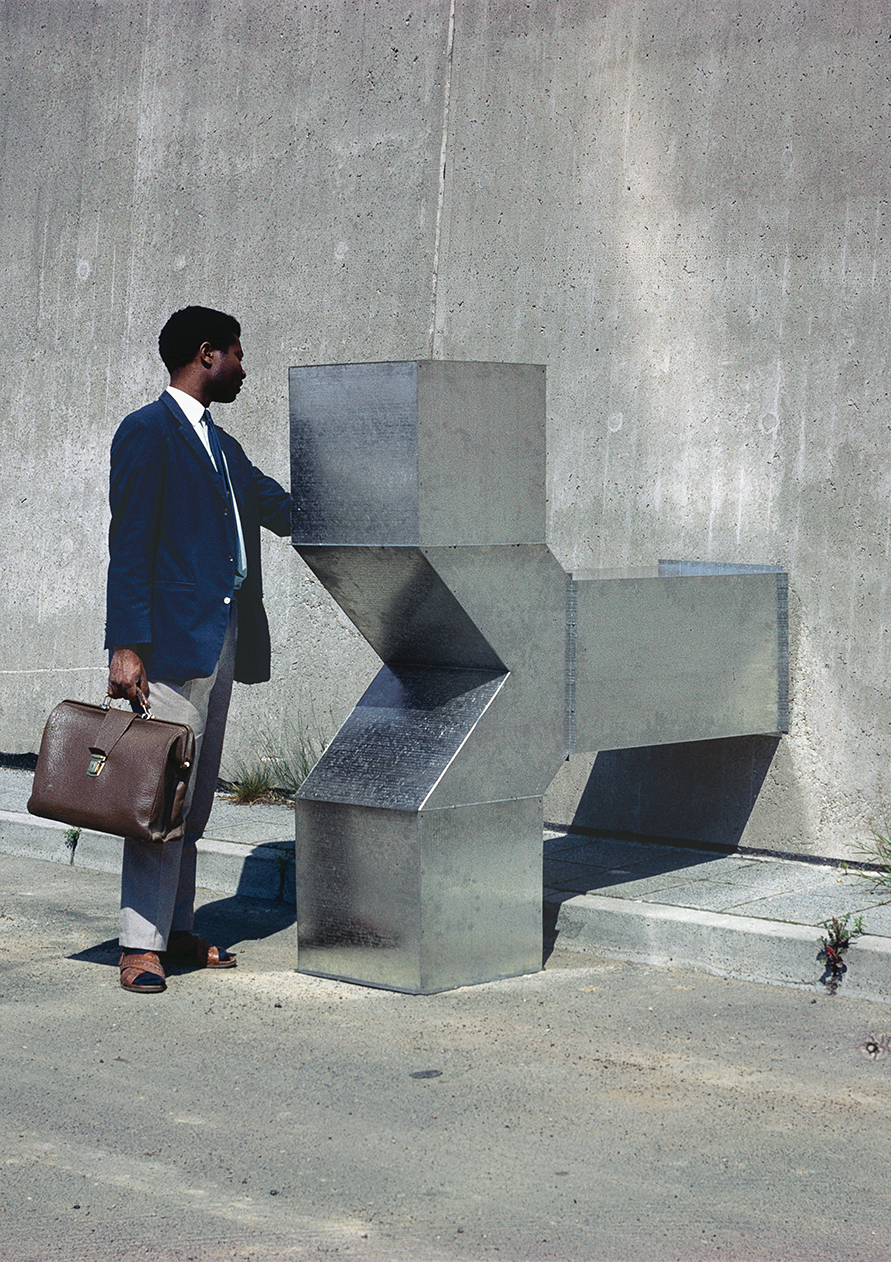 Trompe-l’œil. The fact that it is in principle possible to deceive the senses prompted French philosopher Descartes to draw his now famous conclusion “cogito ergo sum” (“I think, therefore I am”). A distinction needs to be made between the objective possibility of deception due to physiological reasons and the intentional deception based on untruths that is discussed today, for instance, as fake news. In painting, trompe l’oeil refers to a special optical illusion – special in the sense that perspective painting is in itself an illusion given that it feigns depth on a flat canvas. The trompe l’oeil of the illusionist architecture favored in the late Renaissance and Baroque period, which especially in church domes continues the real architecture in a painterly form, was considered to be great art. Moreover, it was usual to translate stucco elements into painting and to imitate expensive materials with cheap ones. The art of trompe l’oeil reached a climax in Dutch 17th-century still-life painting. On the so-called letter racks by Samuel van Hoogstraten (cover), all manner of odds and ends are arranged so that you think certain items will fall out of the picture and you want to run and catch them. For a moment there is a shift from aesthetic observation to practical everyday attention, valued proof of the power of painting. Trompe l’oeil is a harmless way of taking pleasure in deception (“Thrill of Deception” is the apt title of the exhibition on that subject, Aachen and Munich, 2018-19), providing the deception is initially startling but at second glance is clearly recognizable as such. In other words, the public is not duped as with fake news, where the deception remains unresolved. However, the artful sleight of hand does go to show how easily our perception, which after all shapes our consciousness, can be fooled. But you can hardly talk of fun when certain media, intelligence services and unscrupulous politicians employ deception as an instrument of manipulation.
Charlotte Posenenske’s Square Tubes made of sheet steel look suspiciously like ventilation systems. At first sight Martina Wolf’s works look like photographs, but at second glance prove to be “moving images”. Herbert Warmuth’s images, which often consist of several segments, sometimes show dark gaps between the segments – they are painted. His door-sized picture “Camouflage” is not an illusion, but cites it. Axel Malik adds symbols to all sides of a glass cube. Thanks to the latter’s transparency it is not possible to see the surface they are on; they appear to hover. Alexandra Ranner’s large photographic work shows the dark sea. But it is not the sea. Jörg Rode’s work imitates exposed aggregate concrete. In the four-part piece by Joachim Grommek, the three plastic-coated sections on the right reinforce the false impression that the outermost left part consists of plywood. Tom Früchtl’s pictures and objects are in the tradition of appropriation art: the painting succeeds in masterfully repeating its ground, a triumph of painting – after the picture’s intrusion into everyday life with DADA. BURKHARD BRUNN, 2019 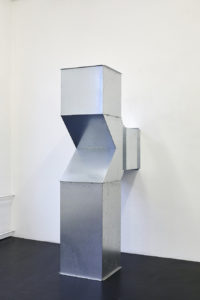 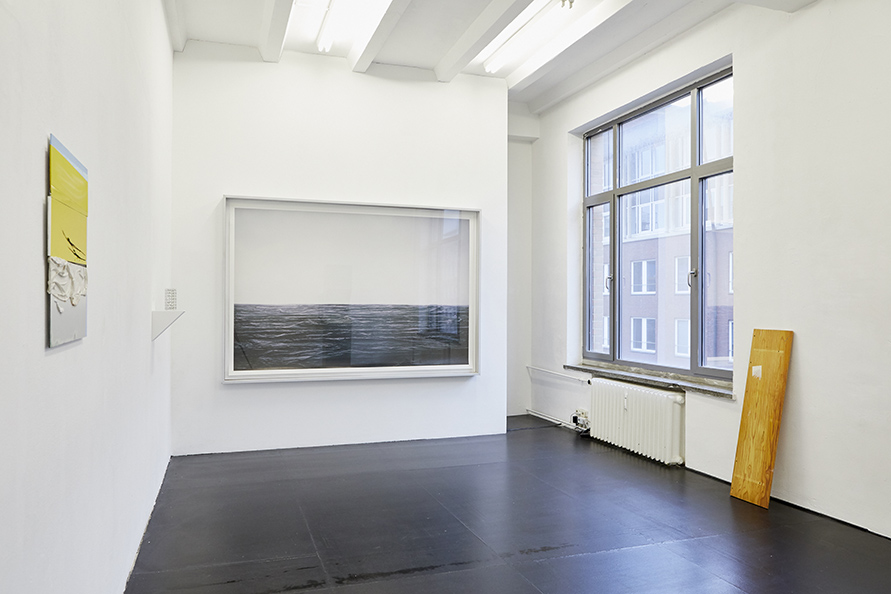 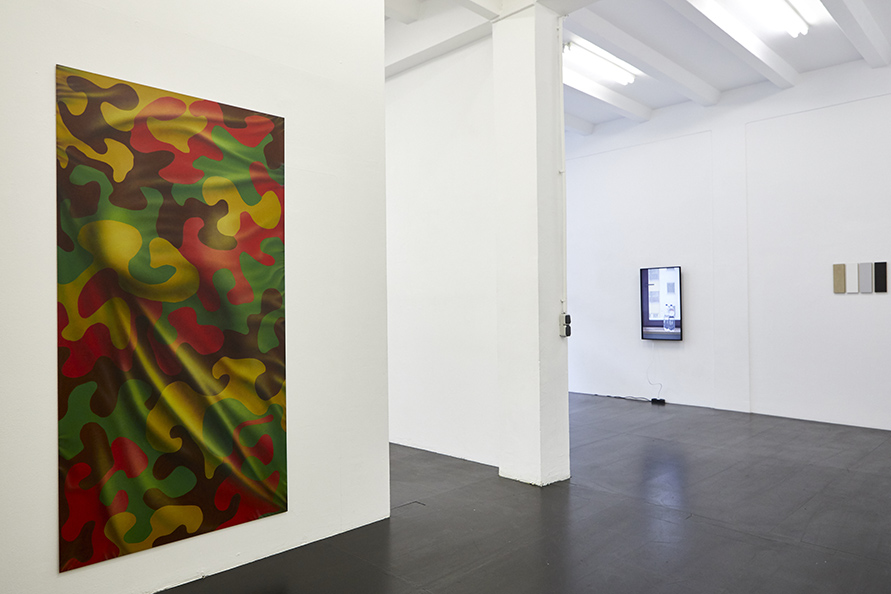 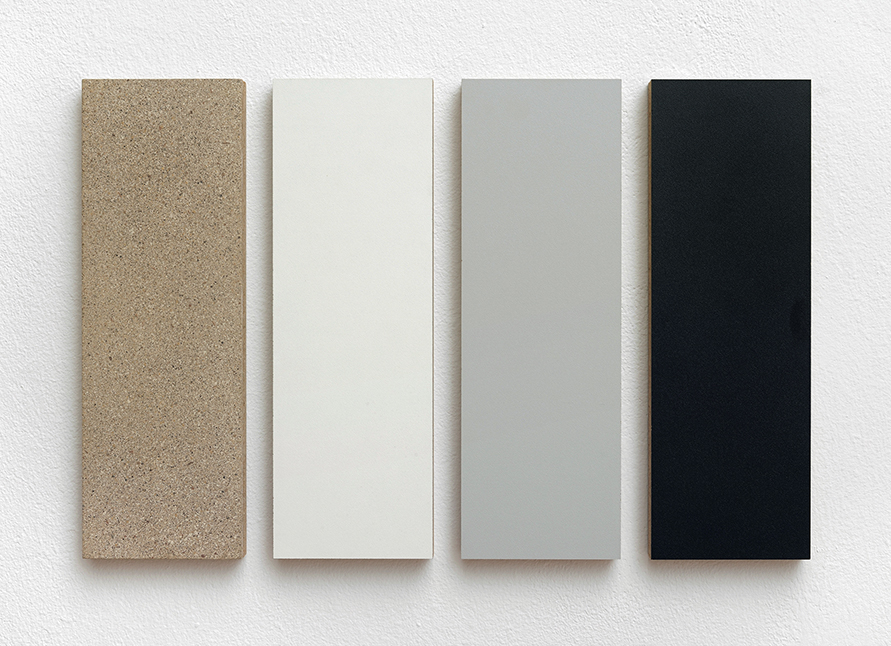 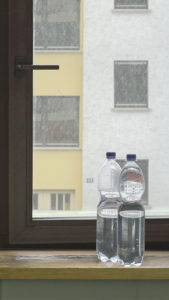 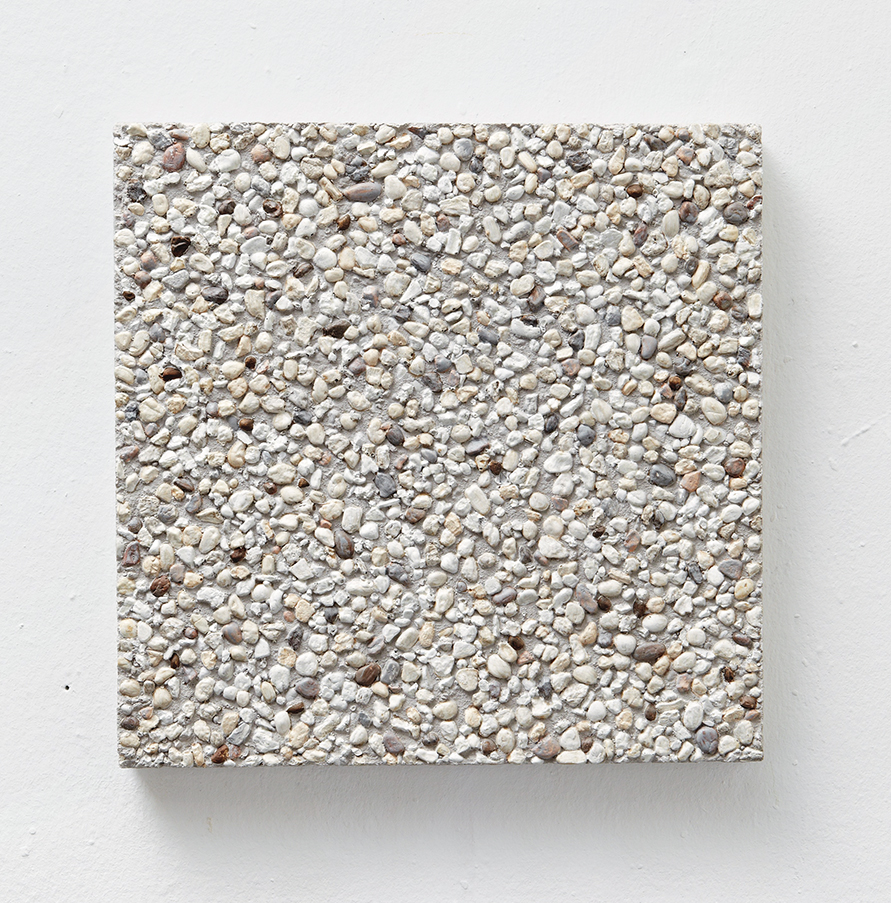 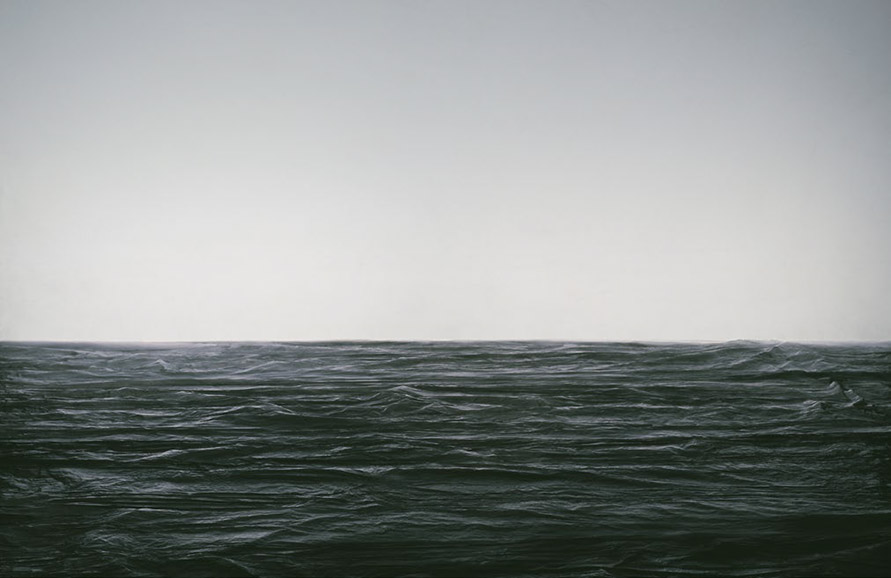 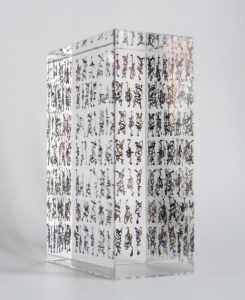