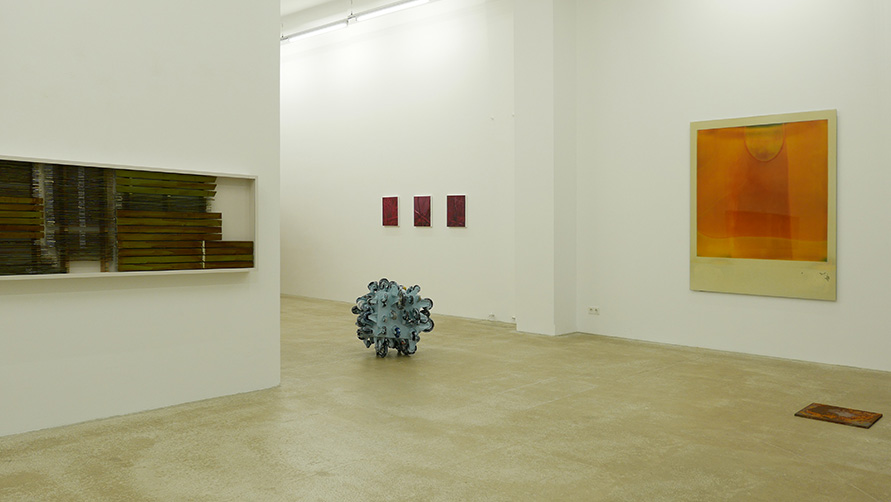 Transience in the tradition of MEMENTO MORI In Dutch still life painting during the Golden Age, “memento mori” was intended to remind people, even while surrounded by worldly pleasures and goods, to think of the end of life, expressed in what were known as vanitas symbols: an extinguished candle, an upturned or half empty glass, a violin, flute and a cold clay pipe (this explains the saying: only smoke and mirrors), or a plate perilously balanced on a table edge. The Latin word vanitas means vanity in the sense of futility. In the landscape painting of the Dutch baroque a broken off or horizontal tree trunk is seen as a symbol of death. With the transience of life in mind an impression of insecurity is created, nothing seems fixed, everything fluctuates, disappears, a concept expressed in English in the word precariousness. The sociologist Ulrich Beck uses the German term “Prekariat” to refer to a group of people whose existence is mainly characterized by precariousness. While our exhibition stands in the tradition of great art it simultaneously refers to current societal circumstances – not however with the intention of expressing the zeitgeist. Rather the purpose is to unite past tradition and present day.
The cube equipped with small wheels on all sides seems to represent mobility, a key aspect of modern life, and yet the object is incapable of moving at all, because the wheels are of different sizes. This paralysis is tragic because mobility fails at the very place where it looks so promising (John Beech). A lopsided object of cardboard and roof battens that appears to fall over cannot be expected to have a long life (Kirstin Arndt). An untidy stack of modules recalls the installation they once formed when they were still screwed together: now past (Charlotte Posenenske). The past is also revised in representational works (Ben Greber). Dismantled and inventoried in glass cabinets, they experience their resurrection. Two white square frames rest against each other on the floor, and interlock at the top so they do not fall over, although the idea that they could is always present (Michael Reiter). An enlarged Polaroid showing abstract, blurry color patterns has its origin in the artist’s (Marike Schuurman) effort to document the inner city of Sao Paulo, freed from advertising space within the framework of the Clean City Law. The polaroid film that was used to take the photographs had expired a long time ago which led to the abstract quality of the final result, thus the signage which no longer existed is now actually not to be seen. The steel panel is tarnished with red rust reminding us of transience, a reason why we hate rust so much in our everyday lives (William Anastasi). A painting features impenetrable undergrowth in the guise of entangled twigs and branches (Sid Gastl). In a „moving picture“ pieces of ice melt with their shadows on a plate. The viewer sees them slowly disappear (Martina Wolf). A coarse earthenware vase that was damaged during firing has cracks that recall its ultimate falling apart (Tsujimura Shiro). Futility, transience, frailty, wandering around, disappearing are menacing aspects of precarious situations. Burkhard Brunn 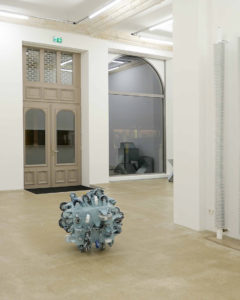 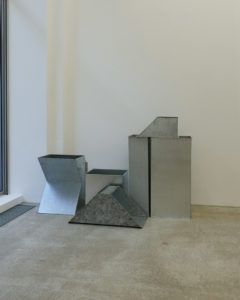 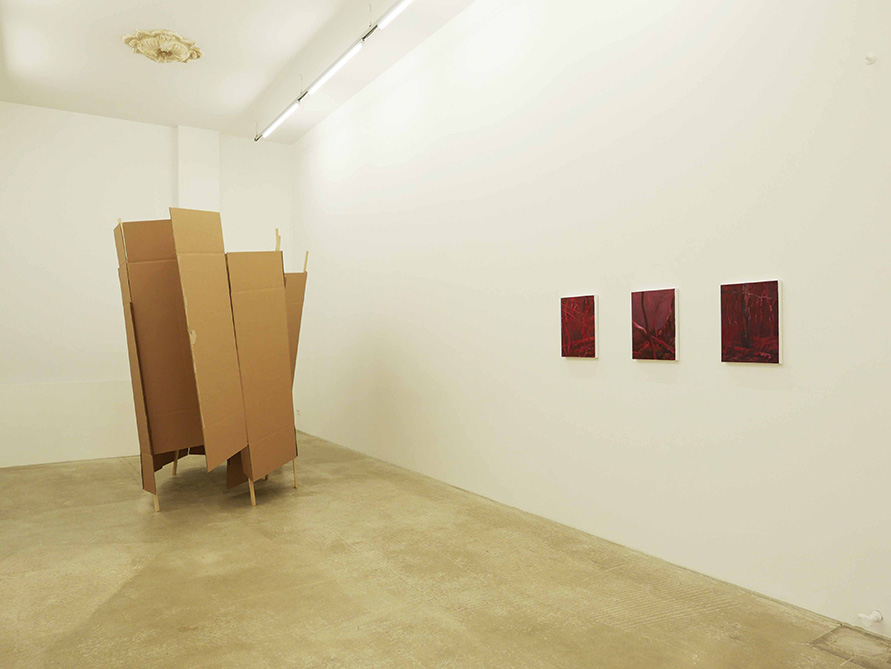 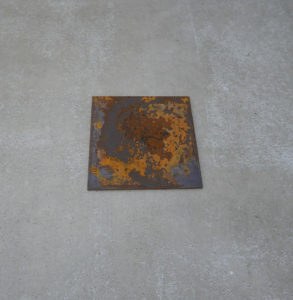 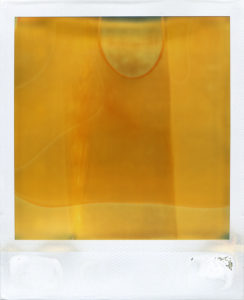 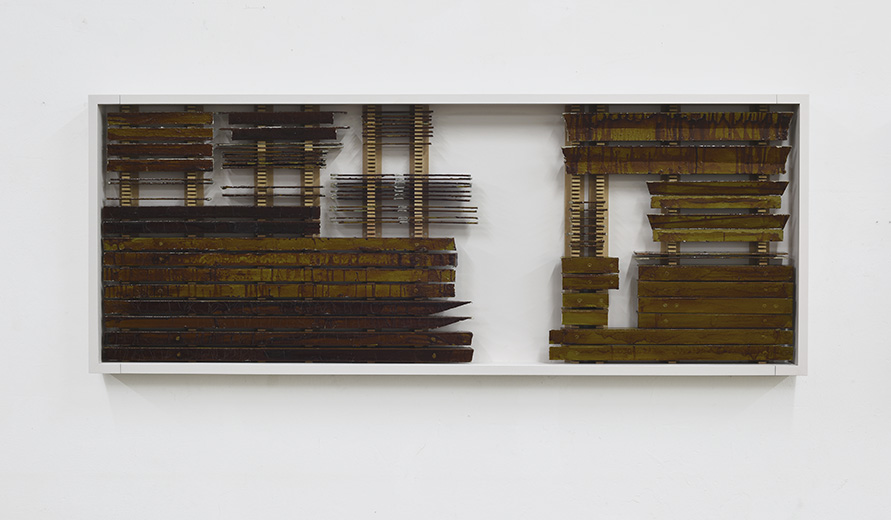 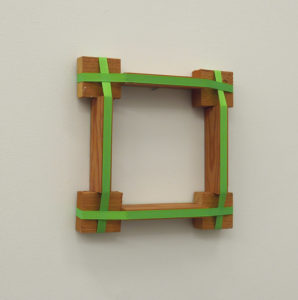 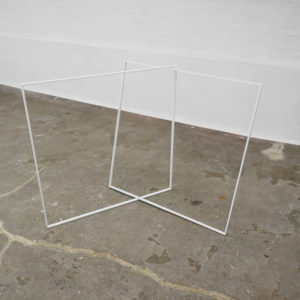 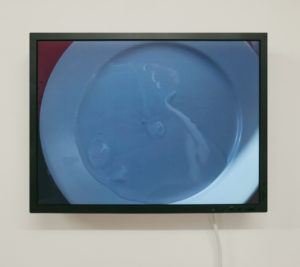 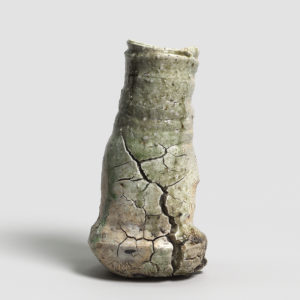 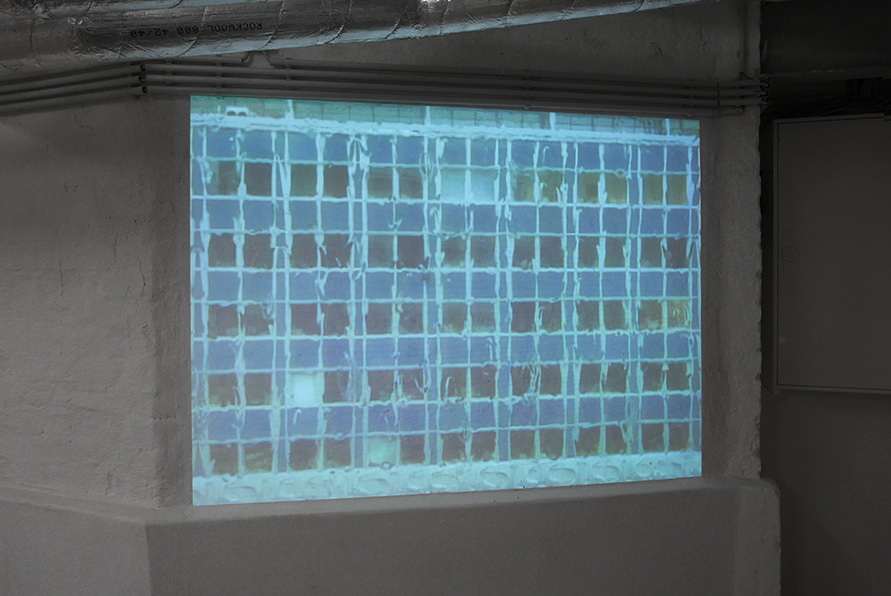