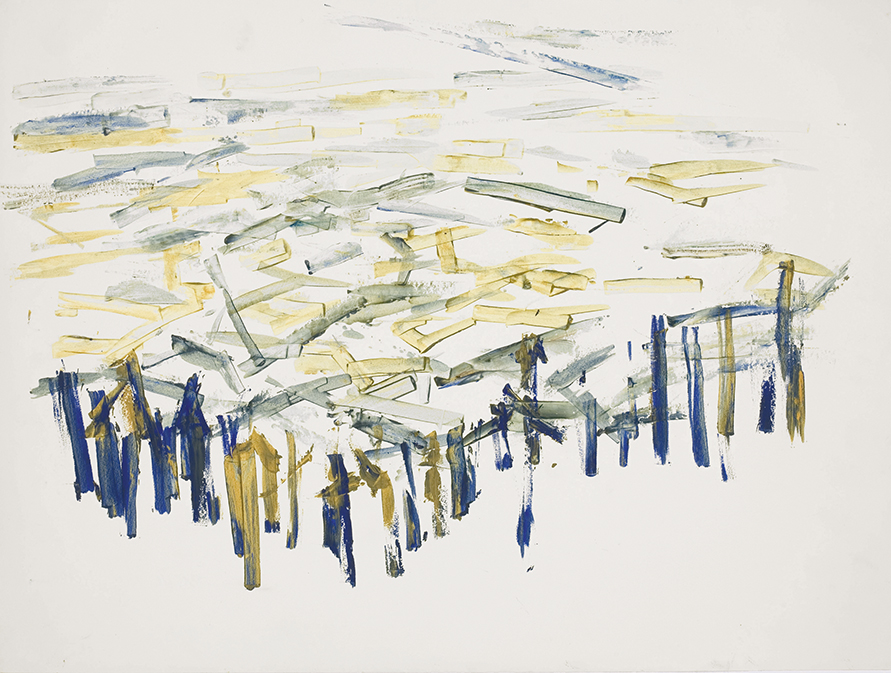 Conceptual Landscapes  In the paintings by Jacob Ruidael, the famous Baroque Dutch landscape painter, waterfalls, ponds, fallen trees or tangled undergrowth sometimes obstruct one’s view. In them it is not possible to readily enter the painting in visual terms, as for instance would be the case if a path led the way, a device used by other painters such as Hobbema or Constable. The images broach the issue of insurmountable obstacles and thus the futility of all efforts. The dead white birch tree trunks that often protrude across the picture can be read as a symbol of the memento mori – like the extinguishing candle or the toppled glass in the still lifes of that era. Caspar David Friedrich, the greatest landscape painter of early German Romanticism, took his cue from Ruisdael – one needs think only of the famous painting where the towering jagged ice floes block the eye.
The landscapes by the artist Sid Gastl, born in Nuremberg, now living in Berlin stand in this lineage. They are characterized by melancholia. Also Martina Wolf’s videos often show visual obstruction, but not in a melancholy way. She is dealing with problems of perception.
Completely different is the attitude to life to be discerned in Charlotte Posenenske’s small landscape paintings: structured with broad palette-knife strokes around 1961, they appear bright and transparent. Gastl’s obscure forest images, on the other hand, show a thicket or lead into darkness. The light fades away. If you penetrate them, you will lose your way, never to return. Other large scale paintings show a frozen living room, a labyrinth, a camp in the moonlight, all of whom mean: one cannot live here.
Examples from two long-standing developmental strands confront each other in the very differing landscape paintings by the three (two) artists, separated in time as they are by half a century: The dark, problematic side of art can ultimately be traced back to Michelangelo, the light side – positive and aligned to geometry – to Raphael. Posenenske’s early landscape paintings verge on abstraction – the last phases of her work as a painter. Thereafter she was to create stereometric sculptural objects. The Renaissance – interpreted as the dawning of the Modern Age – always remained an important reference point in her art.
After the Sacco di Roma (1527), the gruesome slaughter during the terrible pillage of Rome by German and Spanish mercenaries – comparable in its shock effect to 9/11 on the US – Mannerism arose, enigmatic, with distorted perspectives, gloomy and hopeless. Here lie the deepest roots of Sid Gastl’s work. Burkhard Brunn 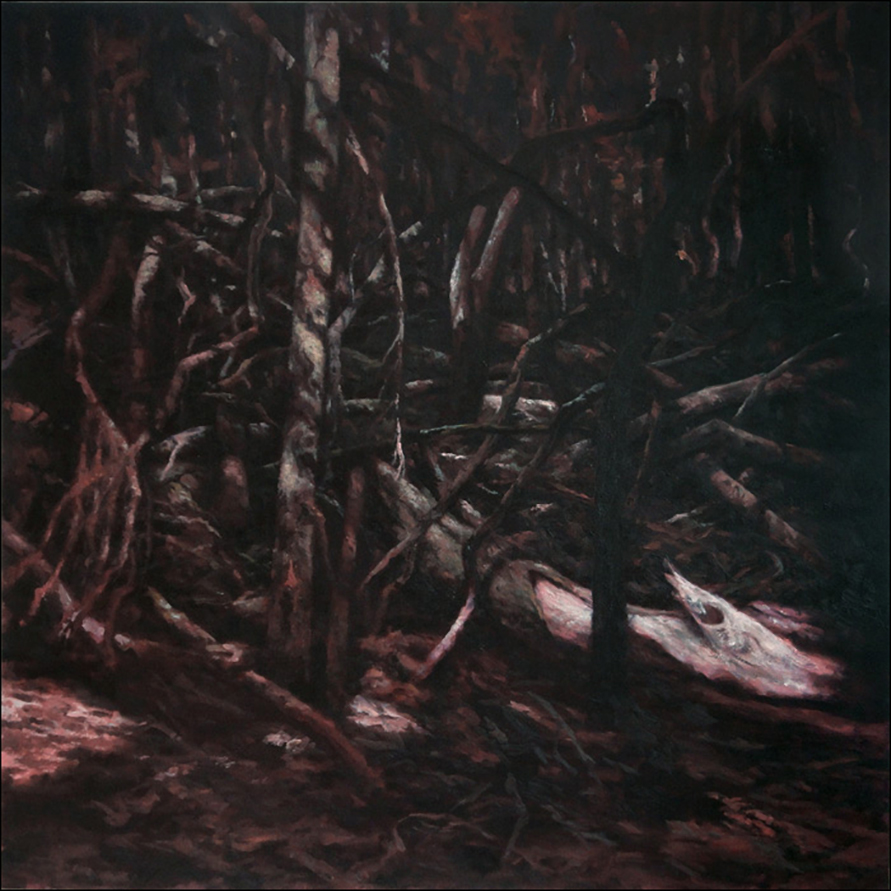 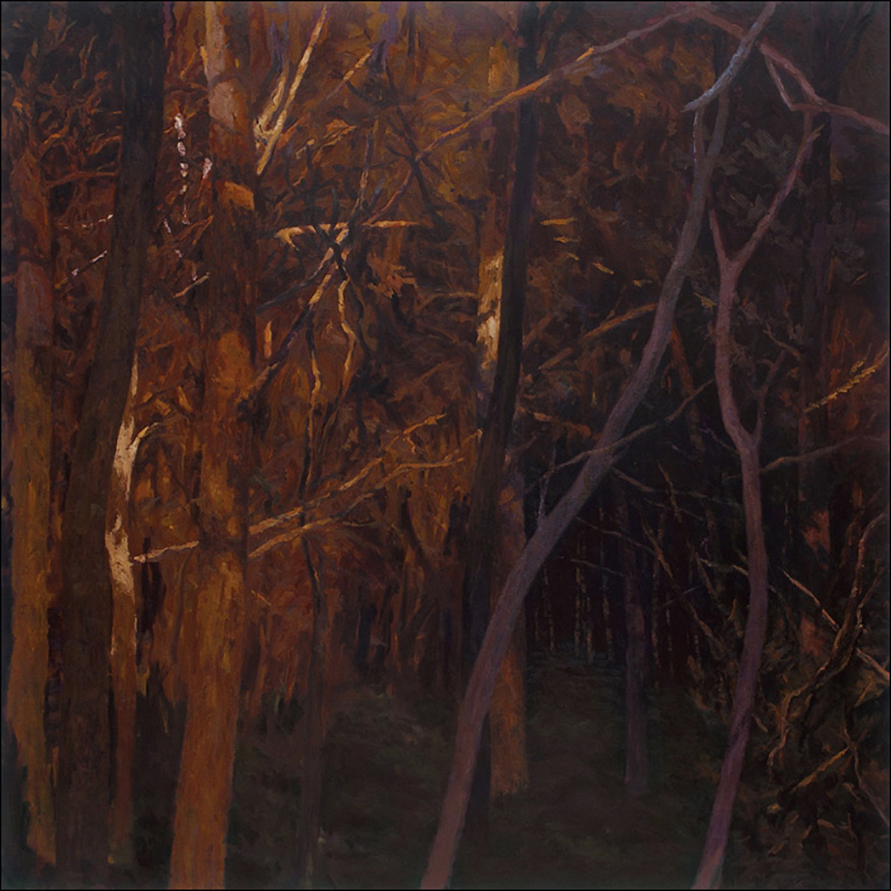 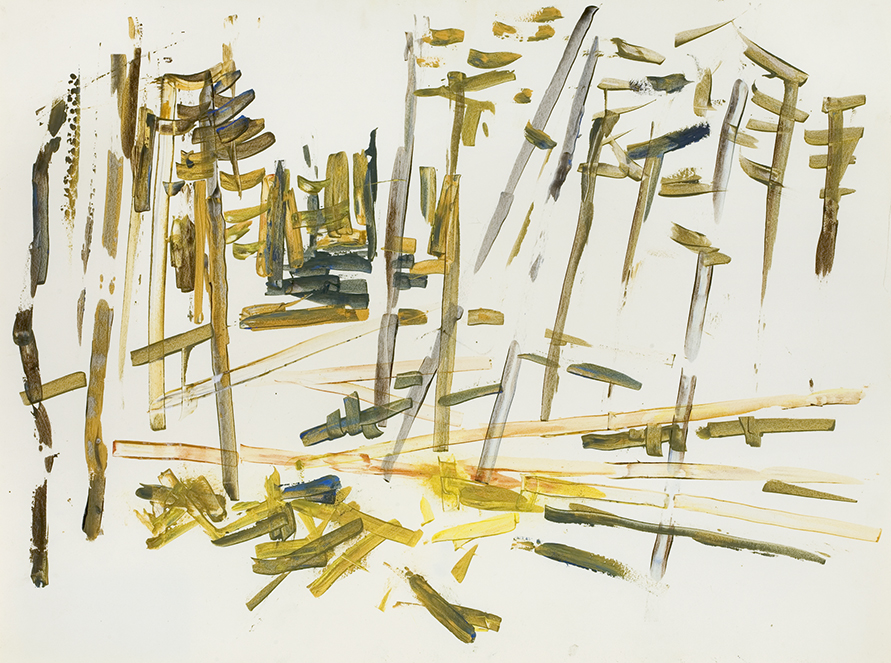 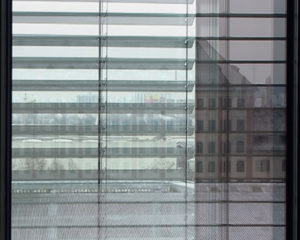 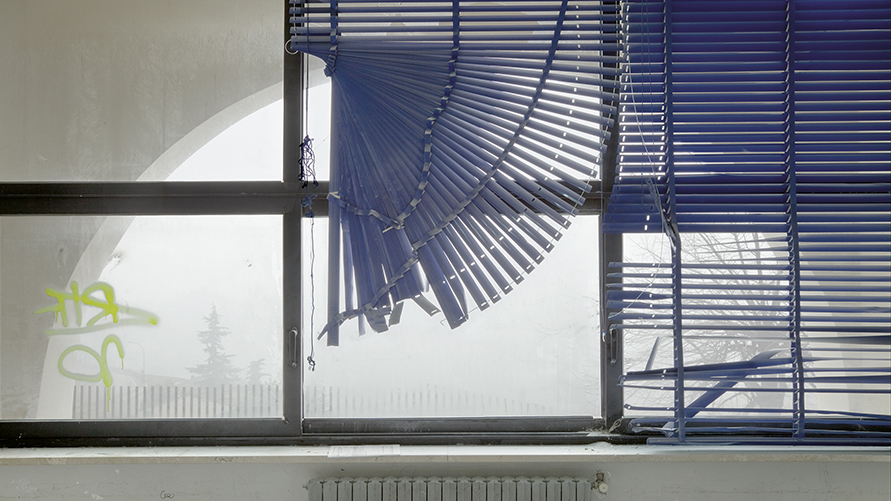